Share a memory
Obituary & Services
Tribute Wall
Read more about the life story of Helen and share your memory.

Helen Louise Robertson was born March 26, 1923 in Newton Kansas, second daughter of Ellis Patton and Nellie Byler Robertson.  She was raised by parents of strong faith and early taught to love and serve the Lord. Their godly lives strongly influenced her throughout her life. She graduated from Newton High School in 1941 and enrolled in Bethany Peniel College (now Southern Nazarene University) in Bethany, Oklahoma. It was here as a freshman that she met fellow classmate, Double E Hill, whom she later married. She graduated with a Bachelor of Science degree in 1945 and worked for a year at Braniff Airways in Wichita, Kansas, until Double E was discharged from military Service after World War II. They were married in 1946 in Newton, Kansas and had two sons, Kent Richmond (1949) and Mark Douglas (1952).

As Double E was finishing college and graduate school, Helen worked at First National Bank, Bethany, Oklahoma, Idaho First National Bank, Nampa, Idaho, and the University of Illinois (Health Service), Urbana, Illinois. She was employed at Northwest Nazarene College (now University) for 26 years. She was executive secretary for three of NNU’s presidents during that time while she partnered with her husband as he served on the faculty.  She accompanied him on ten overseas mission tours he made with the Northwesterners to Europe, the South Pacific, South Africa, and South America, and participated actively in campus life. She especially enjoyed interacting with the students, often entertaining them in their home.

Following retirement from NNU, the Hills lived for a time in Bethany, Oklahoma and in Busingen, Switzerland, before returning to Nampa.

There will be a joint memorial service for Double E and Helen Hill at 3 p.m., on Saturday, January 14, 2023, at Nampa College Church, 504 E. Dewey Avenue. An online guest book is available at www.nampafuneralhome.com

To send flowers to the family or plant a tree in memory of Helen Louise (Robertson) Hill, please visit our floral store. 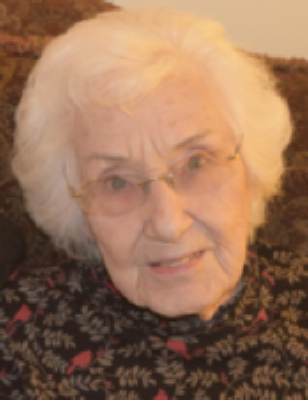