Share a memory
Obituary & Services
Tribute Wall
Read more about the life story of Michael and share your memory.

Beginning as a young child, Mike demonstrated his strong work ethic. He had a paper route at a very young age and worked pumping gas while he was still in high school. Mike graduated from Frankford High School in Philadelphia and then attended Butcher School. His real love came after being trained as a Machinist. Mike eventually worked his way up in the Webco Company to become the manager. After spending most of his life in Pennsylvania, he moved West to Idaho, where he started his own cleaning company. He continued to demonstrate his tenacious and driven personality by building his own home. In the more recent years, he once again showcased his entrepreneurship by owning another business in Oregon - Treasure Valley All Surface Technology. Mike took pride in resurfacing and repairing tubs, sinks, countertops, and more with his company. In everything he did, he always gave it his all.

Mike was a very devoted father and grandfather. He brought so much light and excitement into their lives. He will forever be remembered as one of the sweetest and most generous people that anyone has ever known. He was always there to help his family or friends. He worked all of his life doing what he loves and for the ones he loved most. He was so proud of everything that he had accomplished throughout his life and his family was so proud as well. There was never a day that went by where he did not find something to keep him busy. He loved working around his yard. He thoroughly cherished playing with his German Shepherds. He loved his dogs. He also enjoyed going on trail rides with his horses. Mike was always doing something for someone else. You could always find him starting to build something new. If he didn’t know how to do it, he would always find a way. He truly was a jack of all trades. He will be greatly missed by everyone and will have an everlasting impact on all the lives he touched.

A future celebration of life will be held at a later time once we can coordinate bringing all the family together.

To send flowers to the family or plant a tree in memory of Michael John "Mike", Sr. Elko, please visit our floral store. 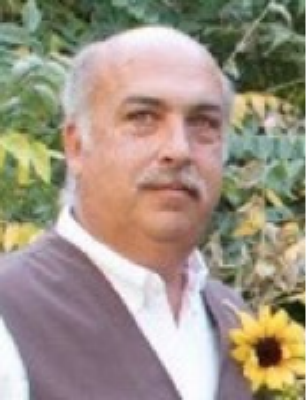